Florida’s Orlando Area Ranked No. 8 Among The Best Big Cities For Jobs In 2014 According To Forbes

Florida’s Orlando Area Ranked No. 8 Among The Best Big Cities For Jobs In 2014 According To Forbes 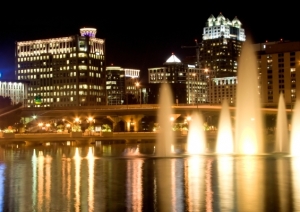 The Central Florida area (including Orlando, Kissimmee and Sanford) moved up 23 places on Forbes.com’s rankings of the best cities for jobs.

Forbes recently announced their annual ranking in April of 2014, and the Orlando region came in at No. 8 for the best big cities for jobs in 2014.

As a leader among staffing agencies in Orlando, FL, we could not be more pleased about the news. THRIVAS has experienced significant growth over the past few years in Central Florida and truly believe the Orlando job market is starting to fire on all cylinders.

The methods for the list include analyzing the metropolitan statistical areas where the Bureau of Labor Statistics releases regular employment statistics. The index is determined from multiple areas, such as recent growth, mid-term growth, long-term trends, present year growth and the average of each year’s growth rate.

The Central Florida region ranks higher then the Fort Worth and San Antonio Texas metropolitan areas for the 2014 list, and just behind the New York area.