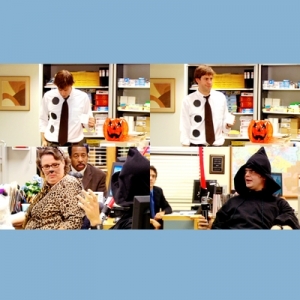 Every year companies across the U.S throw their Halloween party encouraging employees to “dress up”. It’s a change to have some fun, build moral and decompress at the office. Unfortunately it’s also a time when some workers take the outfit to inappropriate levels. Our staffing agency in Orlando, FL has some advice.

We have all read the news articles covering social media mayhem when a picture taken at an office party shows an offensive costume choice. Remember the social fire storm over Michigan employee Alicia Lynch for her Boston Bomber running costume? She was actually fired after the incident became public through social media.

Parties are supposed to be fun but it’s important to take a moment and think about how your HR manager, boss and coworkers feel about your costume.

While reviewing your costume choice or ideas, here are a few questions you might want to ask yourself before proceeding. Does it involve a political, religious or controversial topic being debated in the public eye? If so, get a new costume.

If you think your work party is a chance to flaunt that fabulous figure you have been working so hard for at the gym – think again. If you can’t flaunt it on a daily basis due to your company dress code, environment or industry you should probably reconsider.

And of course always consider your surroundings. A nurse dressing as the Grim Reaper at the hospital? I can think of a few people who might not be amused. If you can think of a few co-workers that might not find your clever idea humorous you’re not on the right path. Maybe you think they just don’t have a sense of humor but that lack of a funny bone could make them file a complaint about you.

Your costume choice should also not discredit you as a serious professional. Dressing as a “sexy” anything will detract from your credibility. When the company policy is conservative dress and you flaunt your physical “assets” you detract from your job abilities.

Not sure about your costume? Get a second opinion and tell your boss your idea. See what he or she has to say about it.